Medivet employees have been given the opportunity to witness, first hand, the amazing work wildlife vet Dr Will Fowlds and the Wilderness Foundation Africa do at least twice a year since our programme of support began in 2015. 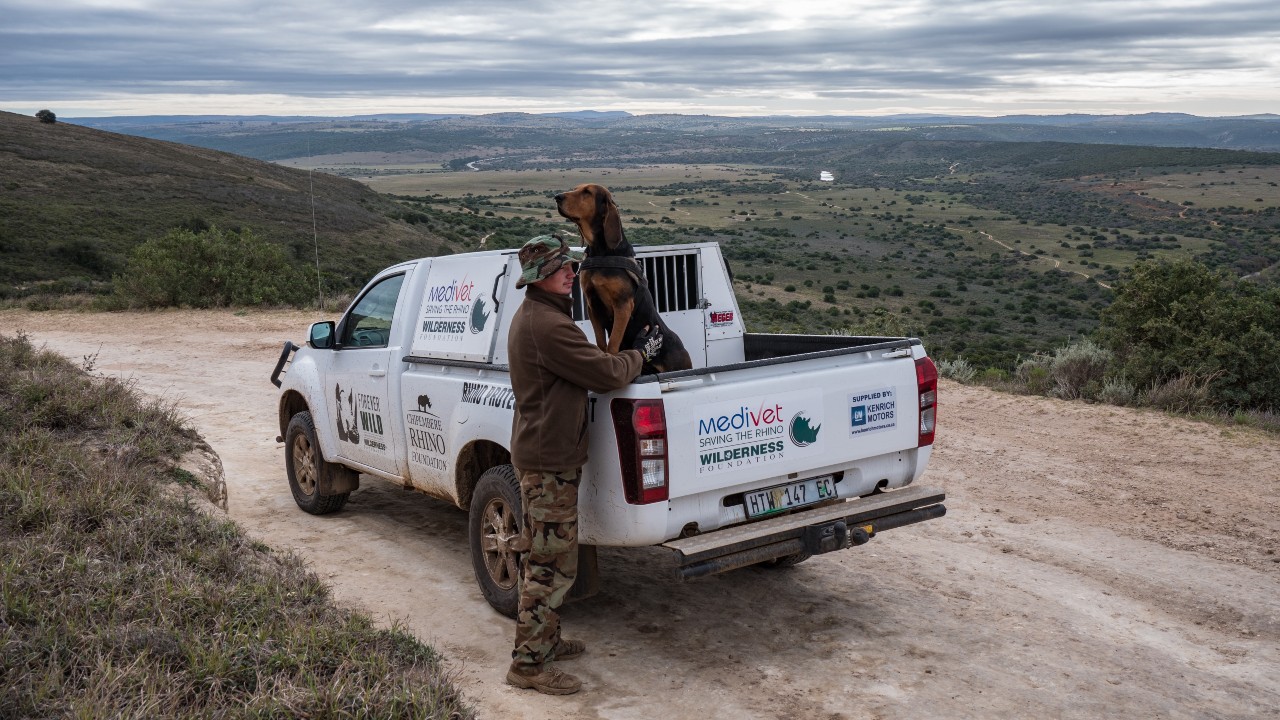 Known as the Medivet Conservation Experience, the latest trip took place in early summer. Kelly-Ann Langton RVN (registered veterinary nurse) and Learning Partner at the Support Centre, walks us through her own experience with a first-hand account in the form of a daily journal.

Thoughts ahead of the trip, England 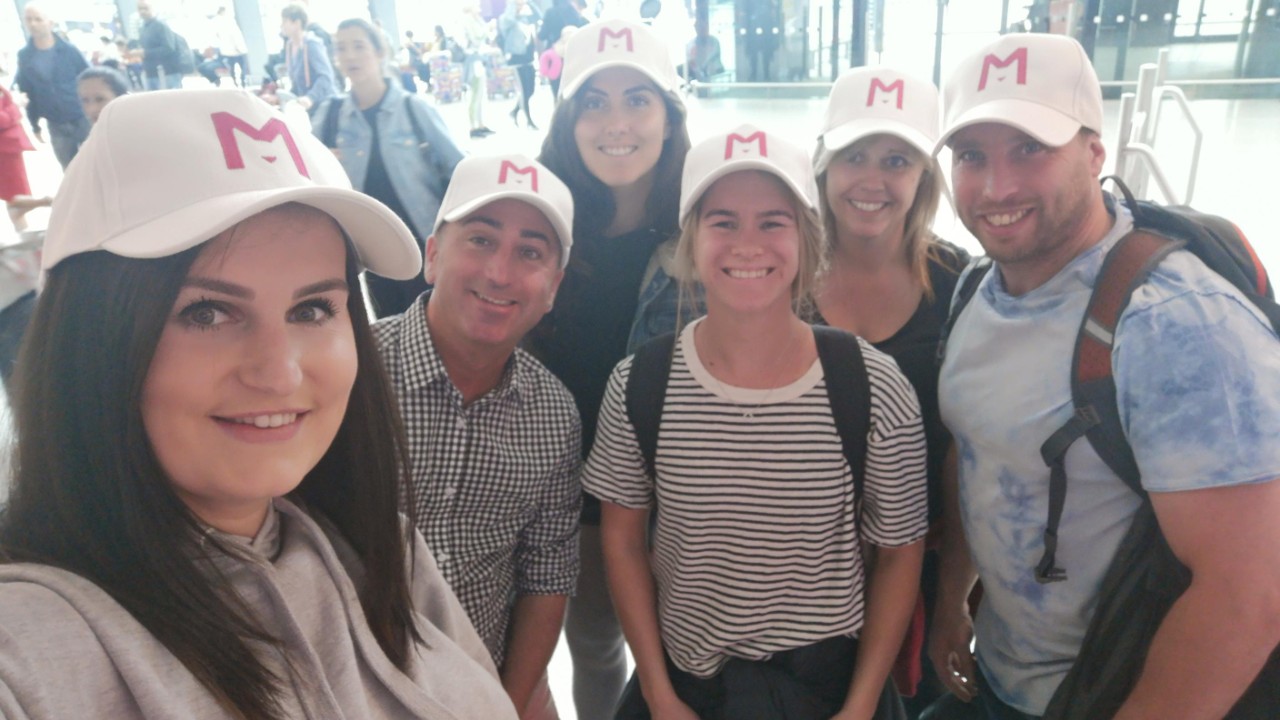 As a former veterinary nurse, what excited me most about this once-in-a-lifetime opportunity was the chance to draw on my skills with the rhino and other wildlife in danger. In fact, I know the whole team felt the same.

All six of us were excited to be able to go out and help in any way we could. Here’s my story from an incredible eight days.

After a 19-hour journey, we finally arrived at Amakhala in the middle of the afternoon. We dove straight in, with the first thing on the agenda being a game drive which lasted around four hours. What an experience - the sheer number of animals we encountered almost defied belief and included zebra, giraffe, elephants and lots of antelope. 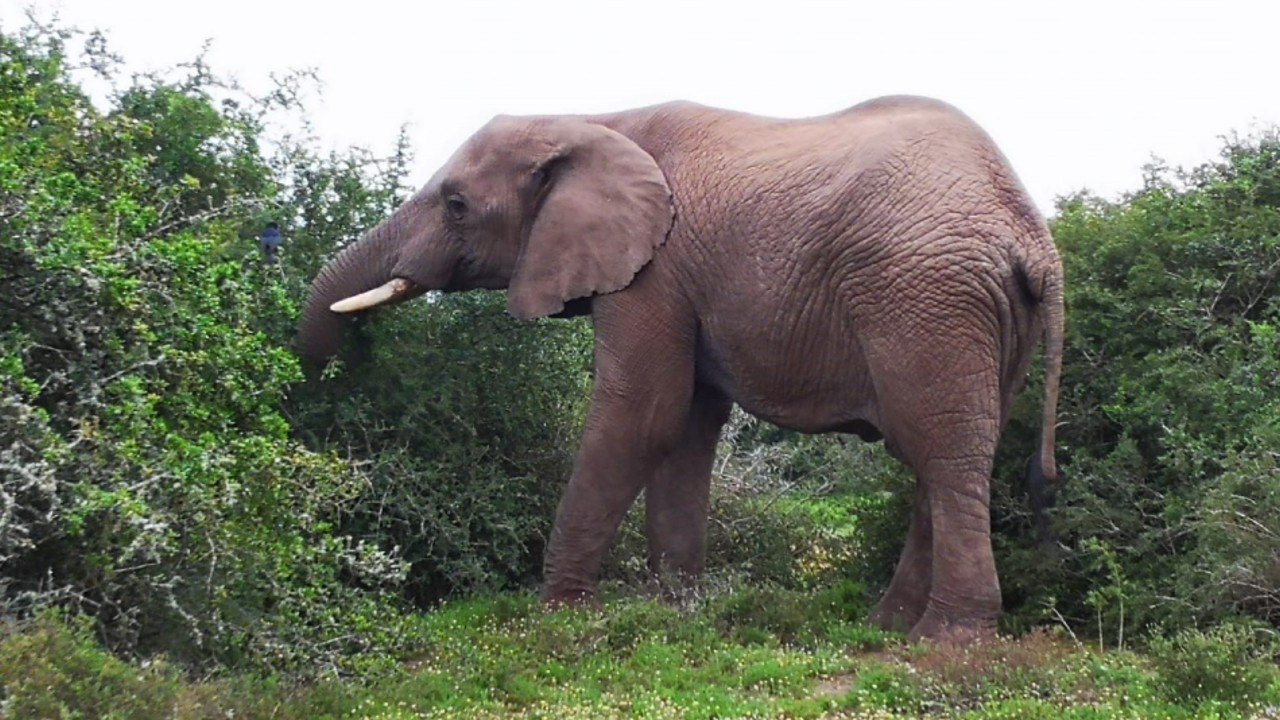 After a good night’s rest, we met with the charismatic Dr Fowlds. In his talk, he told us the reality of the poaching crisis in South Africa and what we can do to help.

After a chilled afternoon we set off on a sundown game drive to witness first-hand the rhino in their natural habitat.

Today we got to see something very special. Not only did we get to see some beautiful adult rhino in their natural habitat, which was such a wonderful sight, we also got to see baby Schofe - a young rhino born in 2017. 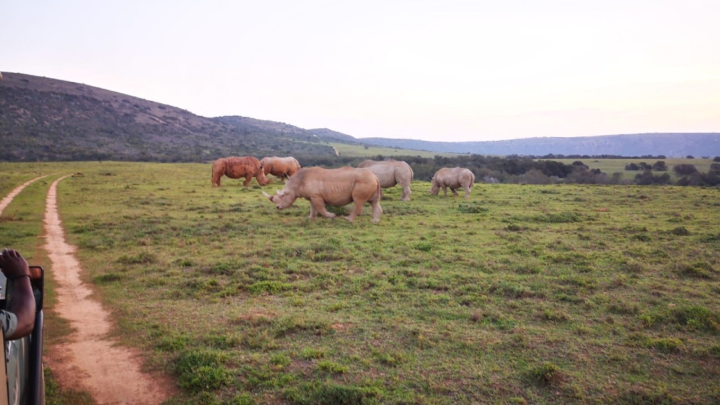 As a reminder, Philip Schofield visited the park when Schofe’s mother was pregnant - and when the calf was born, they decided to name the calf after the man himself. This was such a beautiful and humbling sight, and really does make you wonder how anyone can ever hurt these incredible animals. What a privilege.

Up at dawn to drive to Addo Elephant National Park where we had to anaesthetise two lions, suffering from lameness and a jaw problem. We were able to X-Ray them, draw blood for testing and administer medical treatment. We then travelled into a local community to help neuter some of their dogs – also providing them with flea, wormers and vaccinations in the process. 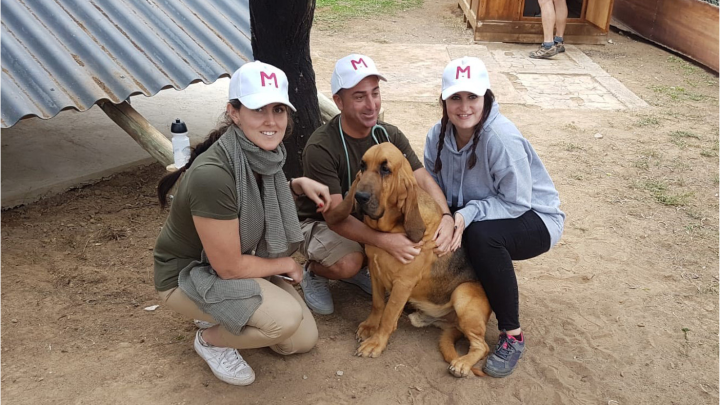 After spending time with the local people and their children, we met Ziggy the Bloodhound – our new tracker dog. Ziggy is there and doing an incredible job thanks to the monies raised through our kind Medivet clients.

The day kicked off with us watching an eye-opening docu-film called Stroop, which focuses heavily on the poaching crisis. We then got to see the anti-poaching plane based at Amakhala, before meeting Ella – another key asset in the anti-poaching operation. 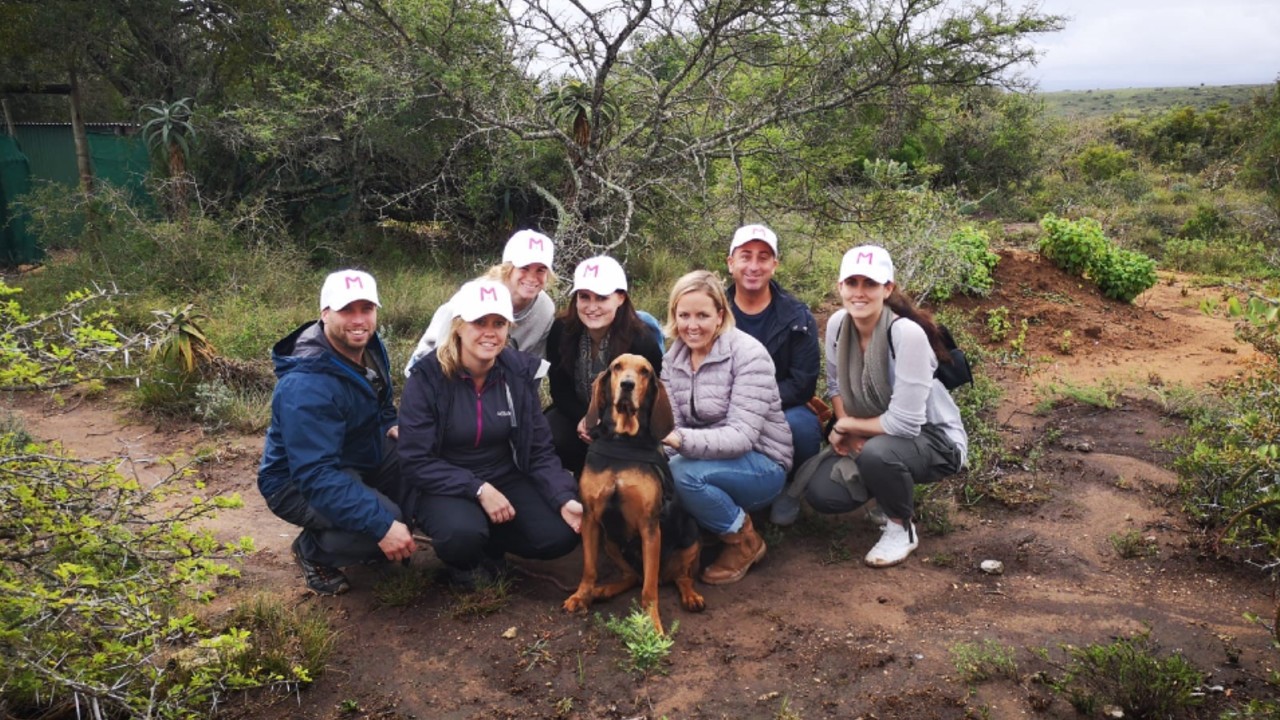 Ella is a wonderfully friendly tracker dog who lives on the anti-poaching unit in the reserve. She has an incredible sense of smell, which is deployed to sniff out poacher tracks and other evidence left by poachers. 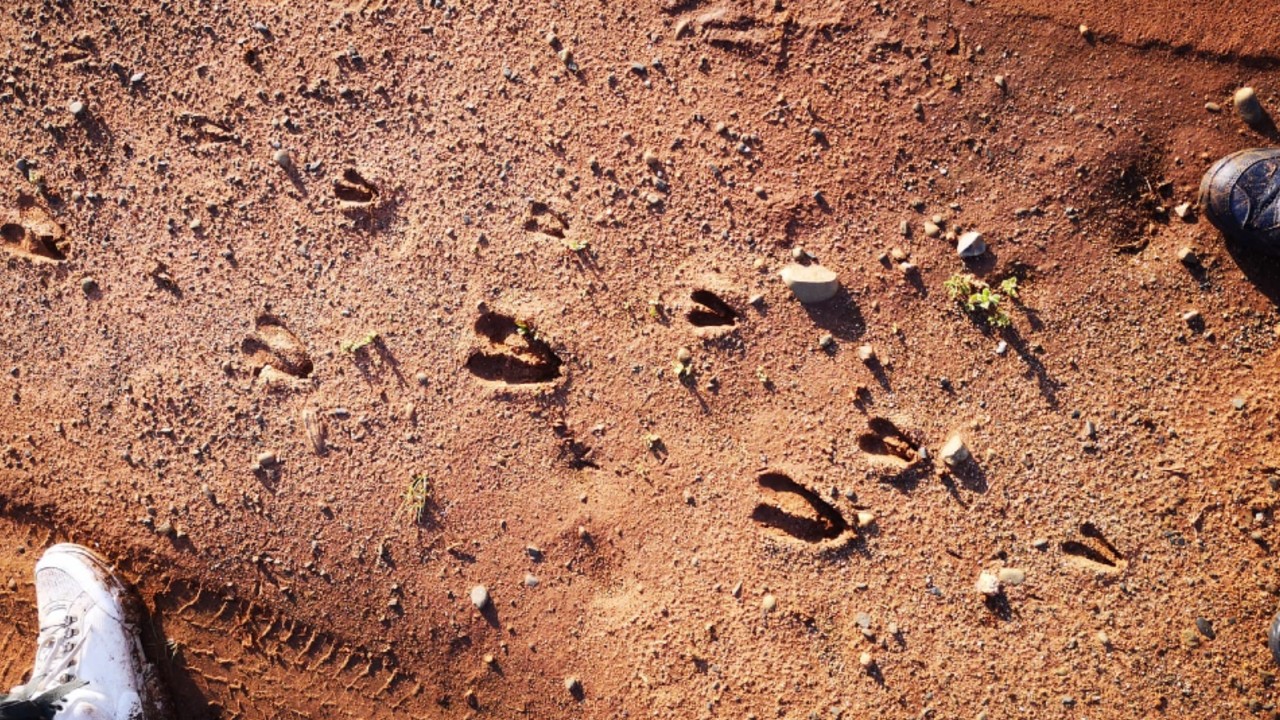 We also got to meet some of the anti-poaching rangers as well, followed by another amazing game drive.

Another 5am alarm call in order to take part in a Vet CPD day (Continued Professional Development) with Dr Fowlds to document this incredible work as part of our development as professionals. This took place at Kwandwe Private Game Reserve where new drug dosages were being tested for darting large animals 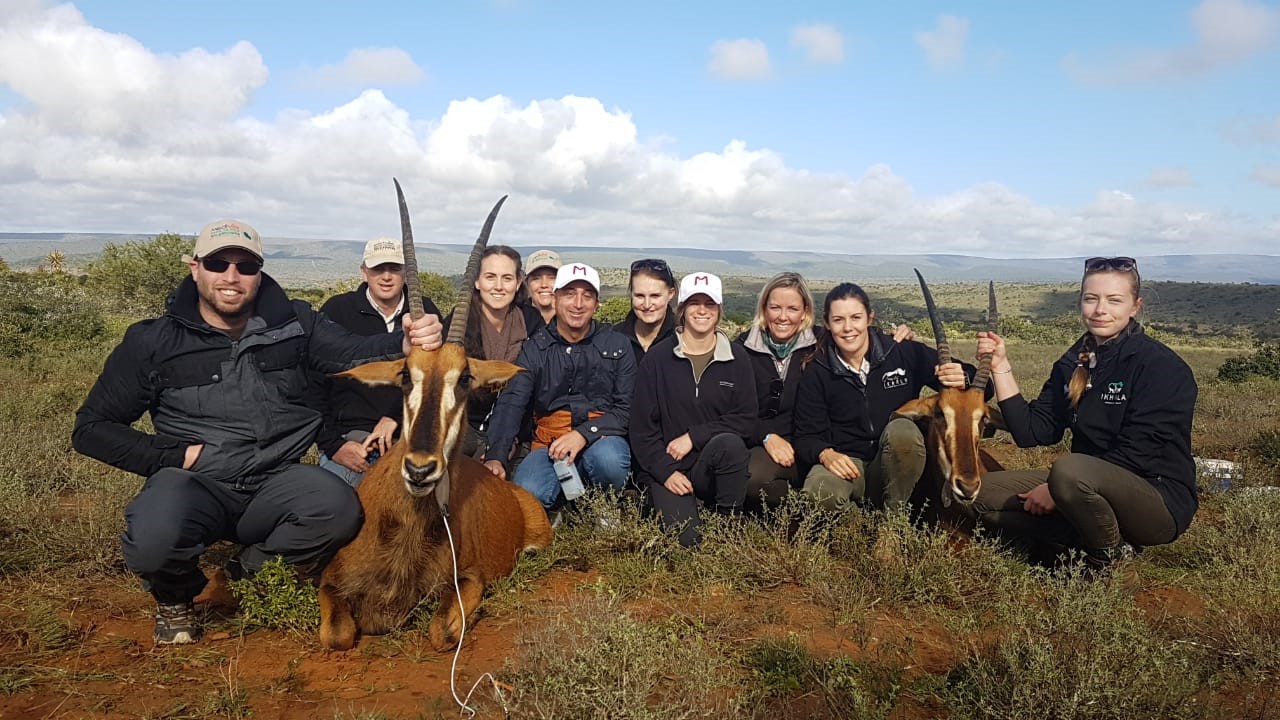 Here we were able to see a sable, a nyala and a roan all under anaesthesia while samples were taken for breeding and genetics. This lasted most of the day but, after our return, we prepared for our first and truly spectacular sundown game drive. 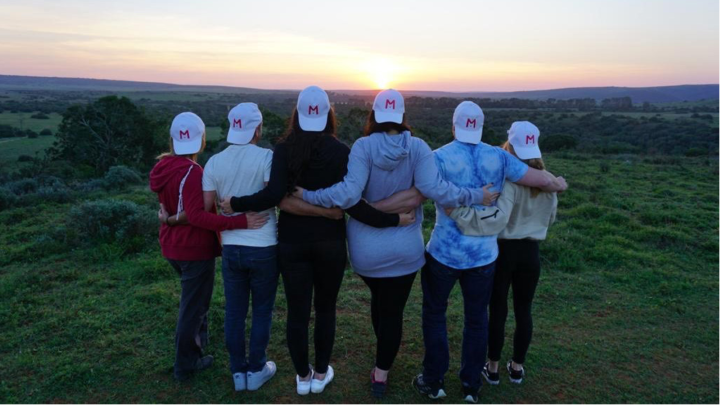 At dusk, our ranger stopped our vehicle in the middle of the reserve, we all got out and enjoyed sundowners and snacks with just the sounds of the bush as the night closed in around us – spine-tingling stuff!

This morning we woke up early and wandered around a gated part of the reserve where we spotted a variety of animal tracks, flora and fauna. We even got to walk with some giraffes. On our return, we were given a talk about the importance of security on the reserve. To get some perspective about the sheer scale of the reserve, we boarded the anti-poaching plane to fly over Amakhala and the neighbouring reserve, Shamwari. 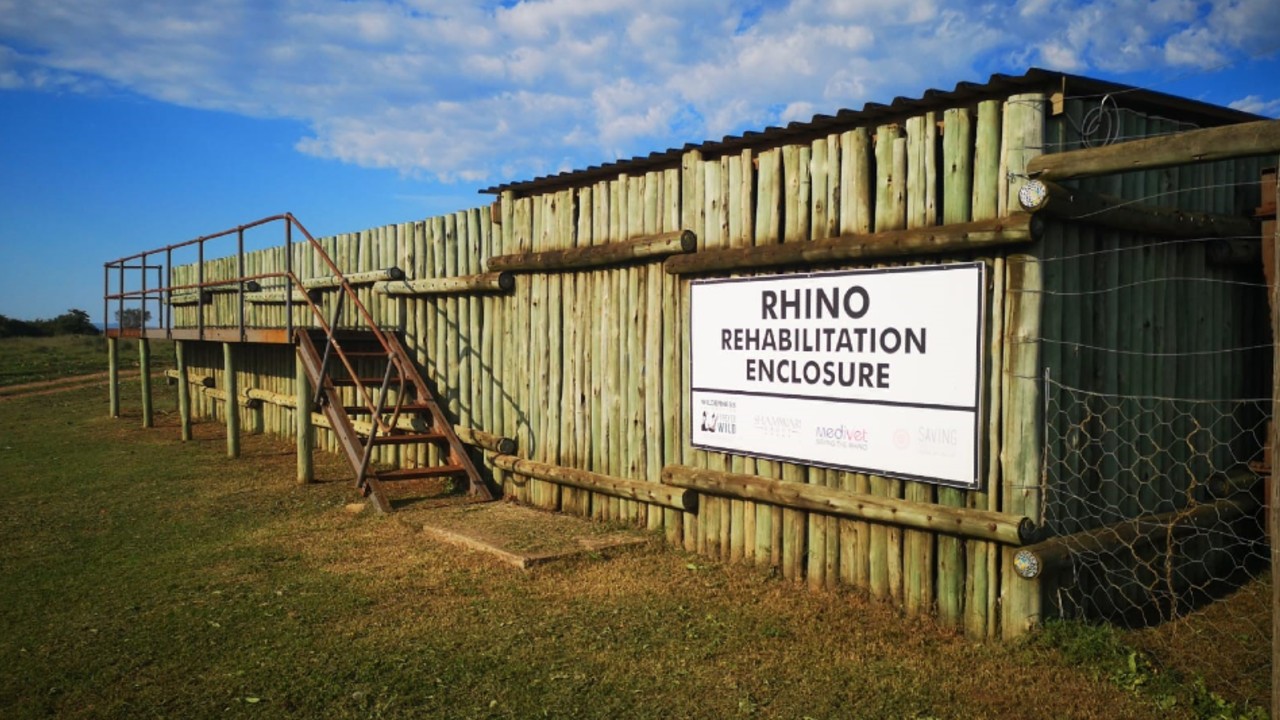 Next, we went to the Wildlife Hospital to see for ourselves the Boma that Medivet sponsor. A Boma is an enclosure where orphaned animals, such as rhino and elephants, recuperate until they can be released back into the wild. Sadly for us (because we didn’t get to see them, but happily for them), two orphaned rhino had only just left the Boma and been released back into the wild in the reserves they originally came from some months before.

A great start to the day with a walk along the beach at Kenton-On-Sea, where we managed to see some dolphins swimming. On our return, we went on our final sun down game drive with Dr Fowlds, stopping at a lookout aptly named ‘Gods Window’. One word - stunning. 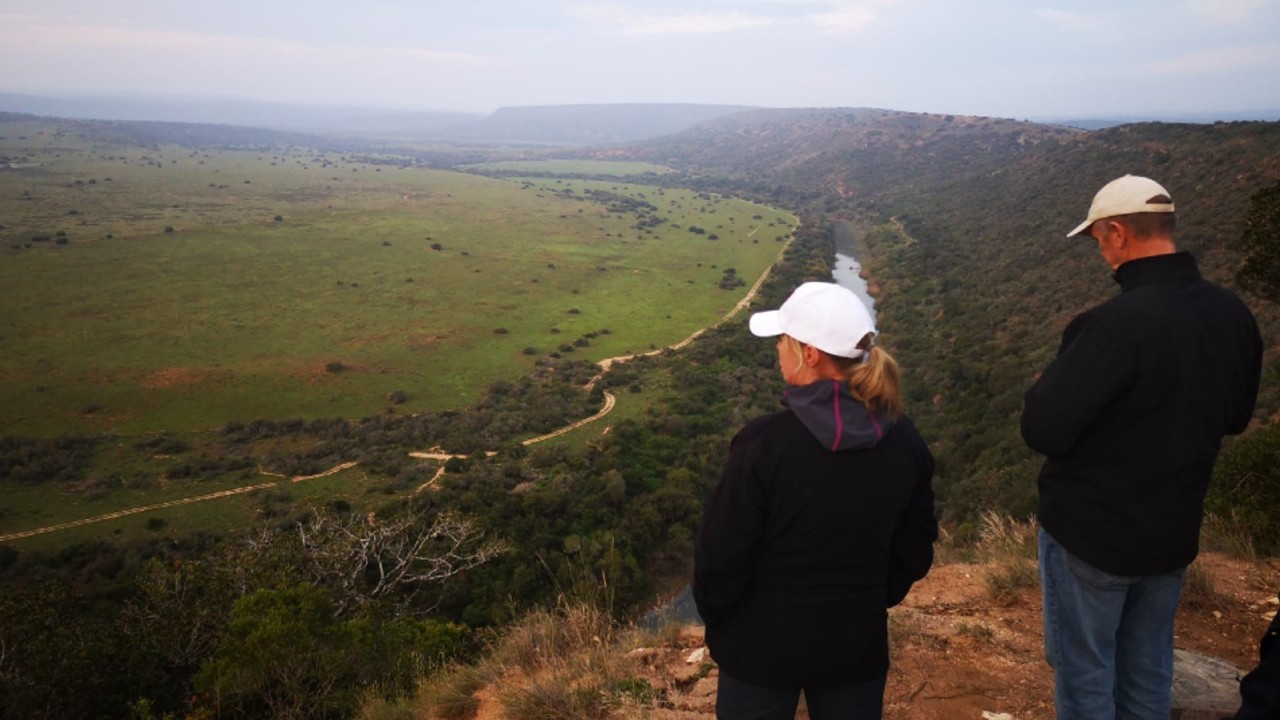 This was to be our final encounter with the rhino after a super early alarm call for a sunrise game drive. What a way to conclude the trip – seeing lions, elephants, zebra and warthogs. It was then sadly time to pack our bags, and we gathered to say our goodbyes to the wonderful staff at Amakhala. I may have shed a tear or three. 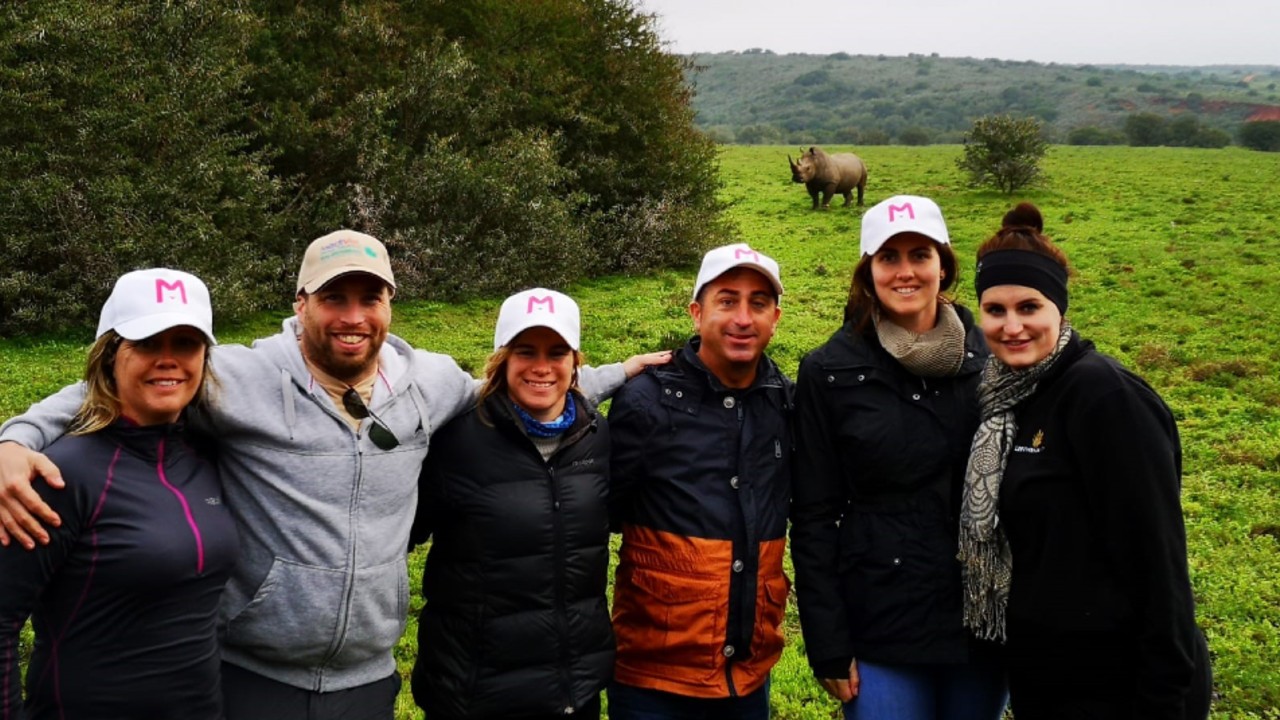 On a personal note, meeting Dr Fowlds and the whole experience of the trip has been utterly life-changing for me. It makes me feel incredibly proud that the company I work for is doing everything in its power to tackle the poaching crisis. We are determined to share this terribly heart-rending story as much as we can – that’s the harsh reality of the situation. We have come back, united, in raising as much money and awareness as possible to save this majestic animal. 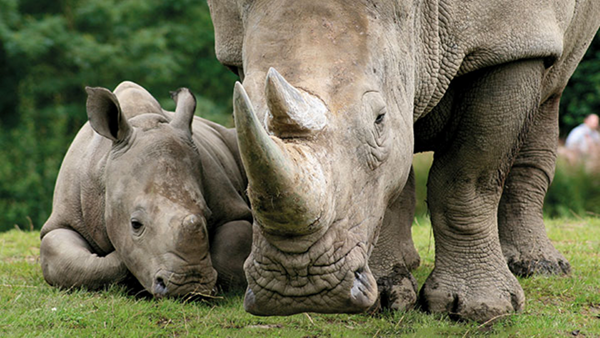 One Million Donations for our Medivet Saving The Rhino Campaign

We are delighted to announce that thanks to our wonderful and generous clients, we have raised over £650,000 in donations via Pennies, for Medivet’s Saving the Rhino campaign in partnership with Wilderness Foundation Africa's Forever Wild Rhino Protection Initiative.

We need your help to fund lifesaving projects and help secure the future of the rhino in Africa. We fundraise for Medivet Saving the Rhino throughout the year and welcome any support you’re able to offer – no matter how big or small. 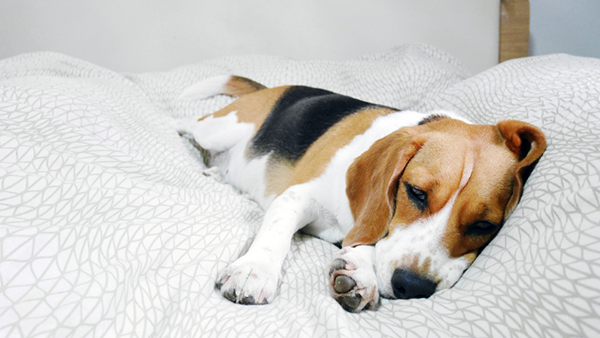 We also regularly support a range of other charities doing incredible work to help animals in need, including the RSPCA and Guide Dogs.