When a young black and white stray cat was brought into Medivet Daventry, the team knew they had to pull together to save his life. Thanks to the team’s kindness, Beetle received the surgery he needed and was rehomed with one of the nurse’s family. 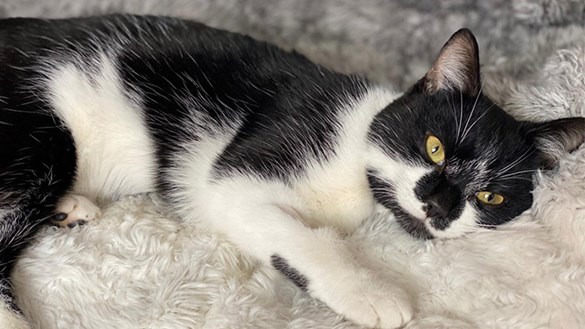 The cat, thought to be around one year’s old, was brought into the practice by a member of public after trying to catch him for a week prior. He had no collar or microchip and so a search began for the young cat’s owners. 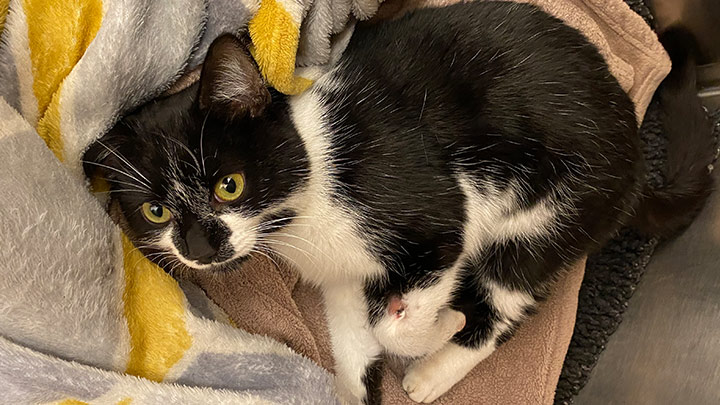 The team noticed he had a very swollen foot and after an X-ray, they could see his foot was severely broken, and looked like it had been for at least a couple weeks to a month as there was an infection on the skin and throughout the bone. The cat, who was given the name Beetle, was immediately given pain relief to prevent further suffering and make him as comfortable as possible. 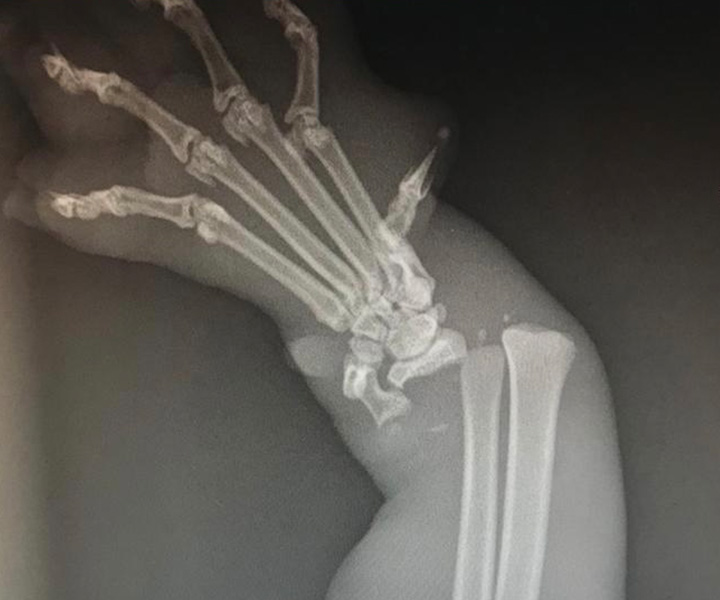 They knew from the extent of the damage that if no owner came forward to pay for his surgery, he would need to be euthanised on welfare grounds. That’s when the team decided to pull together and fund his treatment themselves. They immediately fell in love with him and knowing he had a full life ahead of him, they couldn’t give up on him.

Due to the infection, amputation was unfortunately little Beetle’s best option. Student Nurse, Millie, prepped Beetle for his big surgery and Lead Vet, Silvia, performed the surgery. Following his amputation, Beetle has been recovering well and has taken to life on three legs brilliantly. 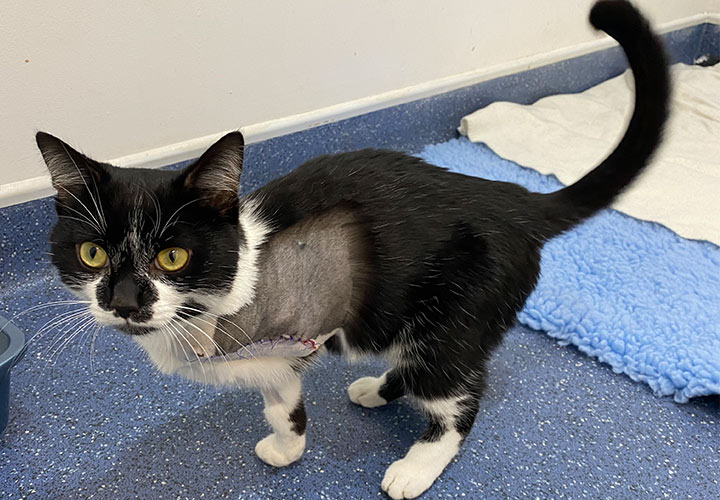 Despite Medivet Daventry’s best efforts, they could not find his owner, and after seven days of living comfortably with Student Nurse Millie, he now has his forever home with a member of her family.

You can watch Beetle’s story of recovery on Medivet Daventry’s Facebook page here.