Baby, the cat, had a very lucky escape after eating a needle and thread. Thanks to the quick action of her owner and Medivet 24 Hour Enfield, Baby has made a full recovery. 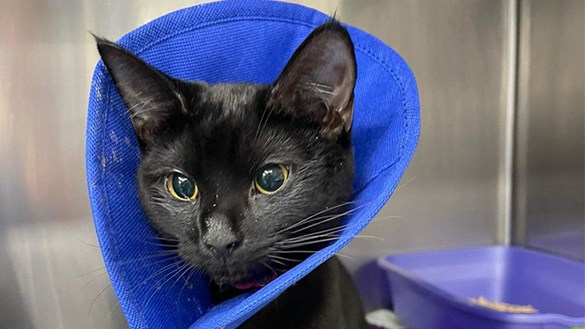 When “Baby”, a seven-month-old cat, managed to eat a needle and thread, fortunately, her owner saw what she was doing, but wasn’t quick enough to get it out of her mouth. Her owner rushed Baby to Medivet 24 Hour Enfield. An X-ray showed where the needle was sitting in her stomach and the team knew they had to act fast before the needle caused any lasting damage. 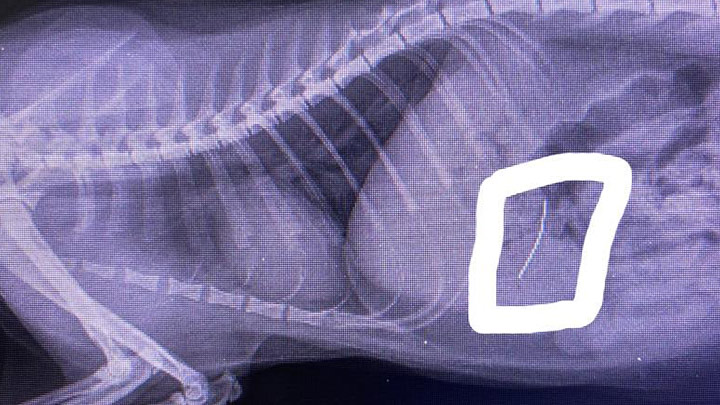 Needles can perforate the stomach and intestines and cause trauma from ingestion, but the string can also cause problems. Rather than trying to pull something sharp up through the oesophagus, risking trauma to the soft tissue, the team opted to remove it surgically. The team agreed that Baby needed a gastrotomy, a surgical procedure involving opening the stomach to remove the needle and thread.

Despite this being a busy Saturday, the team at Medivet 24 Hour Enfield were able to perform the surgery then and there due to their provision of 24 hour care. 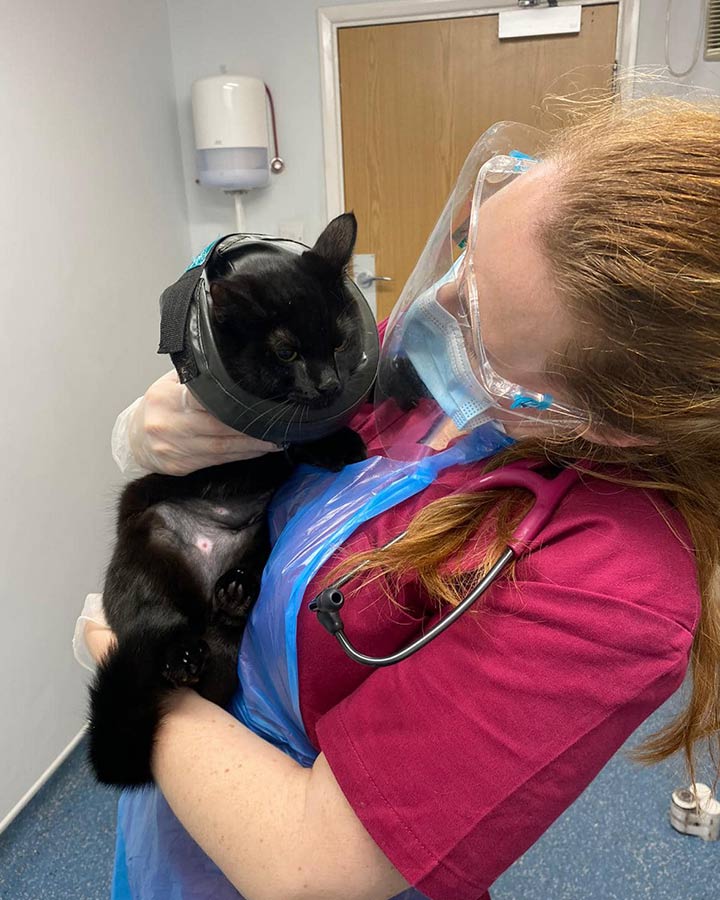 As Baby was seen so quickly and thanks to the X-ray, the team only had to make one incision in her stomach to retrieve the needle, meaning Baby was able to recover much quicker than a cat usually would after gastrointestinal surgery. 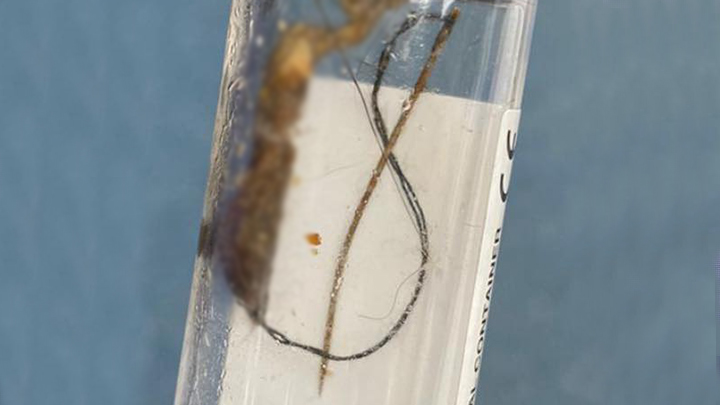 She went home fully recovered the next day, with pain relief to ensure she stayed bright and happy, and a buster collar to prevent her from licking her wound. 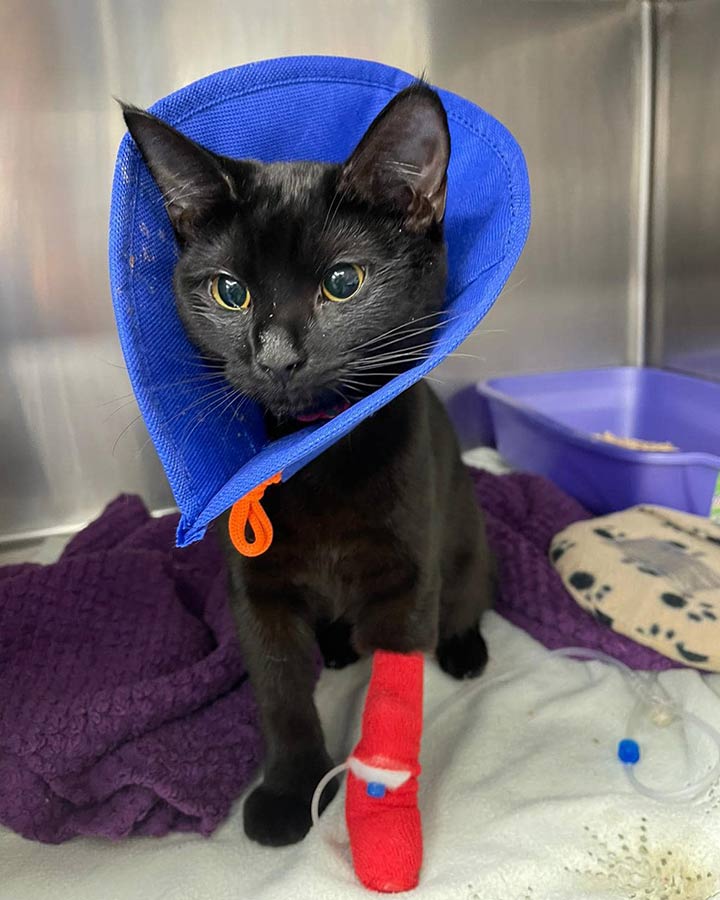 This was a very lucky escape for Baby. Fortunately, her owner witnessed her eating the needle and thread and was able to act quick enough to avoid any lasting damage. It’s unusual for cats to eat things like this, however, they do tend to eat string-like things which is what Baby was likely after; the string and not the needle.

We’re so pleased to see how well Baby has recovered and that she is back at home with her owners, happy and healthy.