An eight-year-old dog called Charlie has made a miraculous recovery after being treated at Medivet Potters Bar and our 24-hour veterinary hospital in Enfield.

After Charlie’s owner noticed he wasn’t eating well and appeared lethargic, he was brought into Medivet Potters Bar for a check-up. The vet, Thea, noticed Charlie’s gums were very pale and a blood test quickly revealed he was suffering from severe anaemia – a decrease in the number of red blood cells.

Charlie was admitted to our veterinary hospital, Medivet 24 Hour Enfield, for further investigations and close monitoring. The next day, Charlie’s anaemia had unfortunately worsened considerably, and a blood transfusion was his best option. 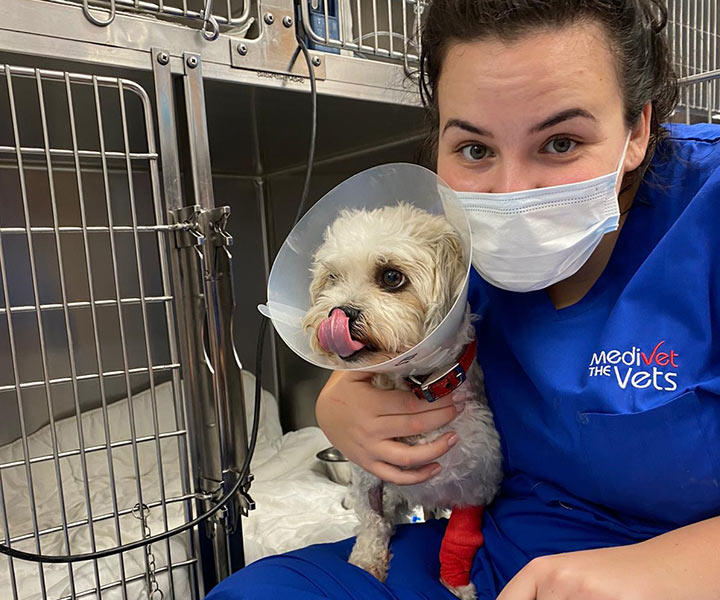 Before he was given the transfusion, the team gave him an abdominal ultrasound which revealed a mass on his intestine. Because Charlie was passing digested blood in his faeces, it was suspected that he was losing blood because of that mass.

Thanks to VetBlood Supplies, our not-for-profit in-house blood donation service, which supplies blood products to veterinary practices throughout the country, Charlie was able to receive the blood transfusion he needed in good time. 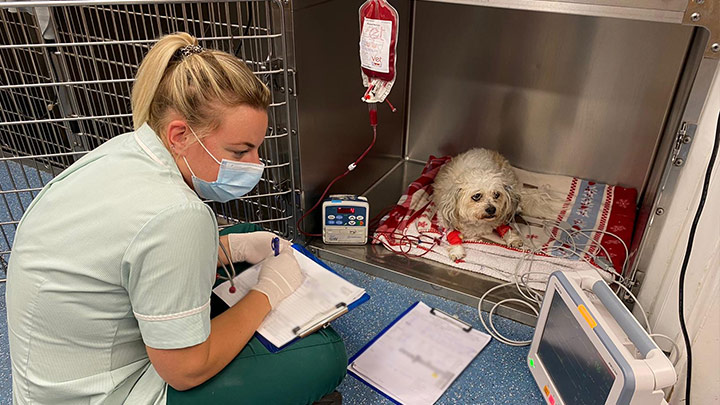 After a successful blood transfusion, Charlie was then discharged to recover from the anaemia and get stronger for surgery. A few weeks later, he returned to Medivet 24 Hour Enfield for an operation to have the mass removed.

Thankfully, the operation went as planned and Charlie is now fit and well. The mass was fully removed and he is no longer anaemic.

Read more about VetBlood Supplies if you would like your dog to become a life-saving blood donor.