We have thanked our clients for their overwhelming generosity in support of the Wilderness Foundation Africa's Forever Wild Rhino Protection Initiative. 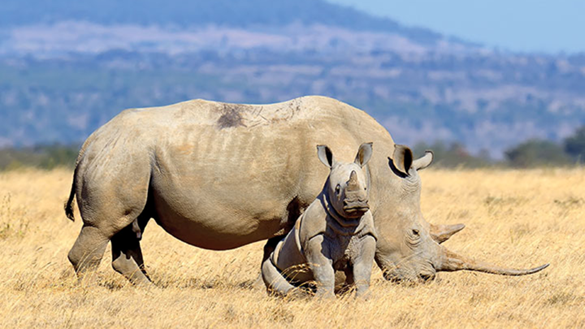 We have thanked our clients for their overwhelming generosity in support of the Wilderness Foundation Africa's Forever Wild Rhino Protection Initiative. Donations made by clients using the Pennies portal installed in our practices not only reached, but exceeded the £400,000 mark, now standing at £414,000 as at the end of January.

This brings the total amount raised by Medivet Saving the Rhino to more than £550,000 since the project’s inception in 2015. The additional monies have been raised through staff and supplier donations and a variety of staff fund-raising initiatives.

The funds have played a key role in helping to protect the rhino, which is being driven close to extinction by poachers in response to rocketing demand for rhino horn in some Asian countries. Last month, five alleged rhino poachers were arrested and charged shortly after a rhino was discovered dead, with its horns hacked off, in the Eastern Cape, South Africa game reserve.

Medivet-funded resources and equipment were immediately deployed to the crime scene to help secure vital evidence that now becomes critical to the investigation and judicial process.

The funds have also enabled Wilderness Foundation Africa to deploy two cold scent tracker dogs to work with anti-poaching units in the Eastern Cape of South Africa.  The dogs, Ella (a Bloodhound-Doberman crossbreed), and Ziggy, (a Bloodhound), are deployed to poaching scenes and can follow poachers’ tracks and find evidence which can later be used in court to support prosecutions.

Medivet launched its Saving the Rhino campaign in 2015 in partnership with Wilderness Foundation Africa, which is part of a global alliance of charities that aims to protect and connect wilderness, wildlife and people.

In South Africa, the Medivet-supported efforts to reduce poaching are co-ordinated by Dr William Fowlds, a former Medivet employee.  Medivet clients are offered the opportunity to add 50 pence to their veterinary bill to support the campaign using the Pennies digital charity box.

Commenting on reaching the £400,000 milestone, Dr John Smithers, Senior Partner and Project Co-ordinator for Medivet Saving the Rhino, said: “The survival of this iconic species hangs by a thread and we were saddened to hear of the death of yet another rhino at the hands of poachers on the last day of 2018. I was in South Africa at the time and was called by Dr William Fowlds to assist him in the post-mortem examination of this once-magnificent black rhino bull.  As you can imagine, it was a gruesome task.  We take comfort from knowing that the police were able to apprehend the alleged culprits quickly, and that they are facing the full force of the law.

“As these arrests show, those fighting the war on poaching in Africa are making real progress and it is progress which our clients, through their generosity, are now partners in bringing about.  We are incredibly grateful to them, and indeed to our staff and suppliers and to everyone else who has supported our campaign.  We are looking forward to another year of working to protect this wonderful animal - to secure it a safe future, free from the scourge of poaching.” 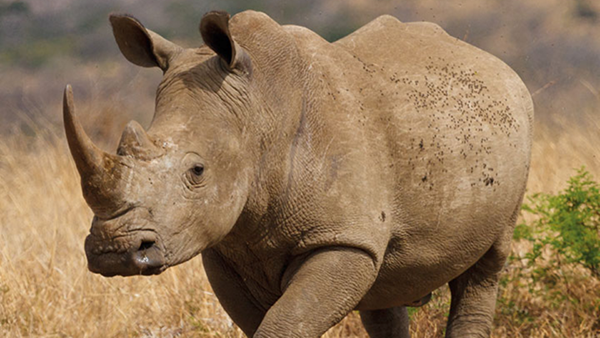