Meet Cricket, a inquisitive Basset Hound whose taste for inedible items ended up in a trip to Medivet Stanstead Abbotts. 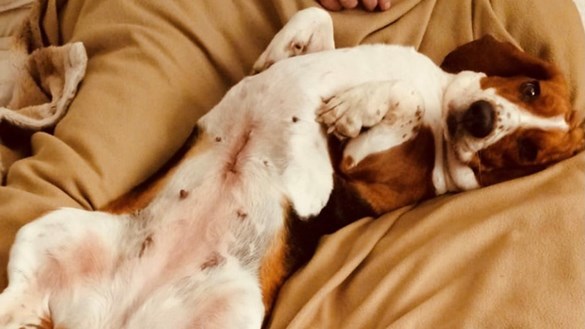 Cricket, who loves to eat all sorts of delicious things (even if not entirely edible), initially appeared well in herself but then started to vomit.

Her owner immediately took her to her local Medivet, Stanstead Abbotts, to get her checked where suspicions were confirmed. Upon inspection of the X-Ray that the vet took of Cricket’s stomach, the mystery of the missing bouncy ball was solved. It was in Cricket’s stomach.

As the bouncy ball was still in the upper half of Cricket’s gastrointestinal tract, the team at Stanstead Abbots first idea was to try and retrieve it using an endoscope (a long, flexible camera which can allow vets to see inside the body of an animal without the need for surgical incision). Unfortunately, Cricket’s body was just a little too long, and the bouncy ball remained out of reach. 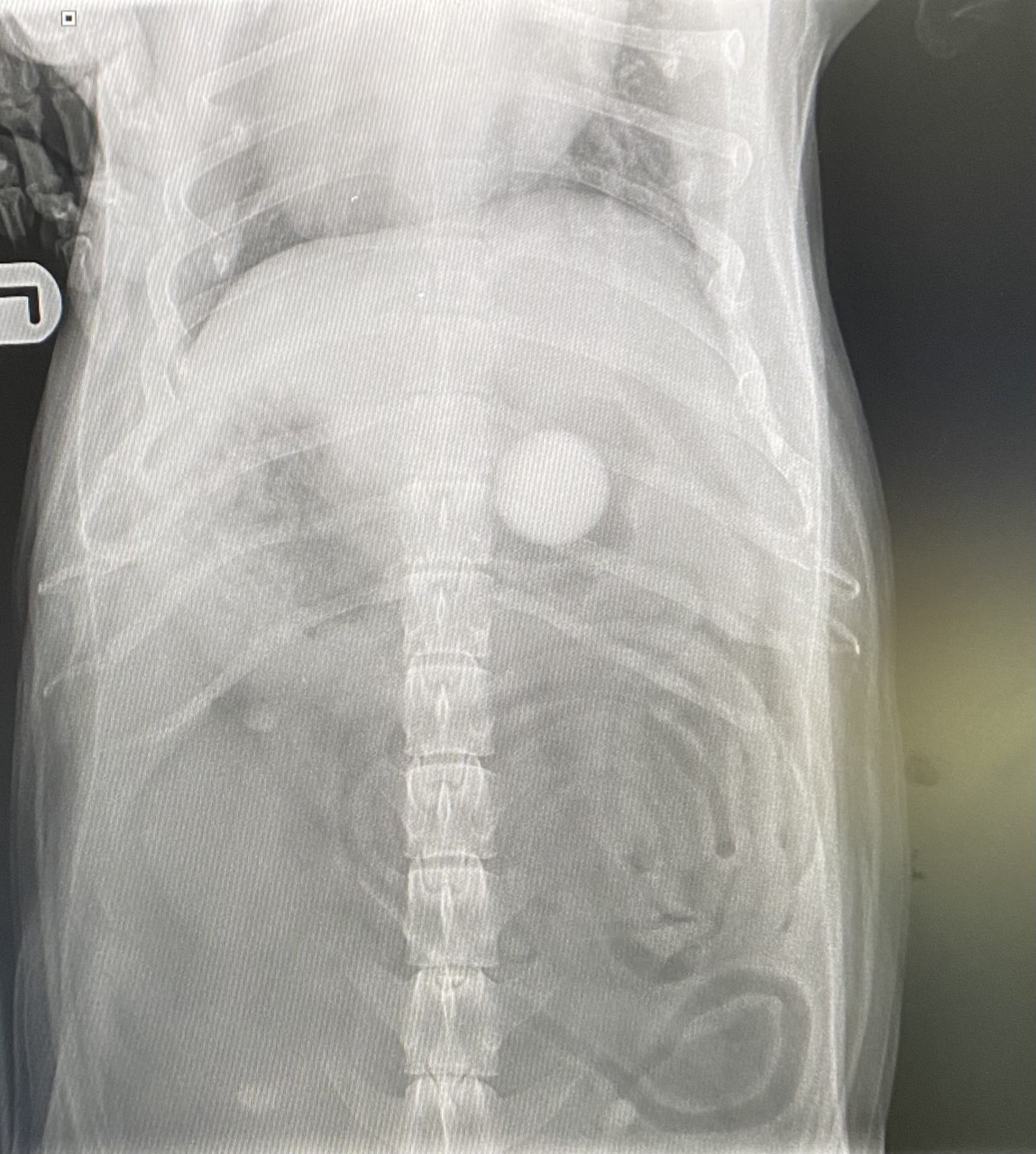 The only option left was surgery. This involved an exploratory laparotomy, which is when a vet opens the abdomen surgically. Martha the vet opened up Cricket’s abdomen and stomach, and safely removed the bouncy ball.

Cricket stayed overnight so the team could keep an eye on her for any complications, but were happy to report that Cricket made a quick, and safe recovery with no complications, and the owner had great things to say about Medivet Stanstead Abbotts.

“I love the Stanstead Abbotts team, they are fantastic. They were there 24/7 for Cricket, gave me regular updates on her progress and follow up with how she was doing. Martha, the vet, even wanted to see her personally to see how she was doing in the days following on from the surgery”

You should always contact your local vet if you suspect your dog may have eaten something it shouldn’t have.