Caring staff at a Hendon veterinary hospital have spread a little Christmas cheer by helping to save the lives of two badly injured, homeless cats. 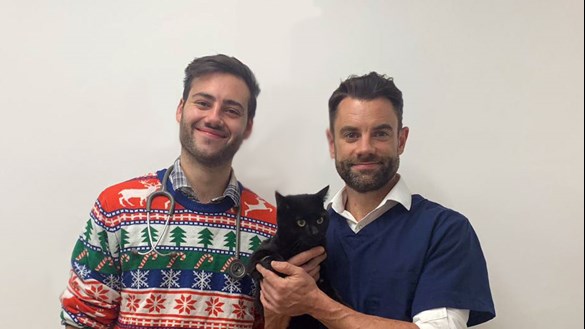 The team at Medivet 24 Hour Hendon have spent several weeks battling to save the cats – who they have festively named Jingle and Twinkle Toes – after they were brought in to the practice.

Jingle, who had been abandoned, arrived at the hospital – which will be open 24 hours throughout Christmas and the New Year – with a severe infection in one of his legs. Intensive treatment over several weeks meant his leg was saved. He is now healing well and the circulation has returned to his foot.

A second badly injured stray, who the team named Twinkle Toes because of his seven toes on each foot, was also taken to the hospital - on Watford Way - with a nasty fracture of his back leg. Branch Partner and Veterinary Surgeon Jerry Dunne inserted a metal plate and screws to fix Twinkle’s broken limb. 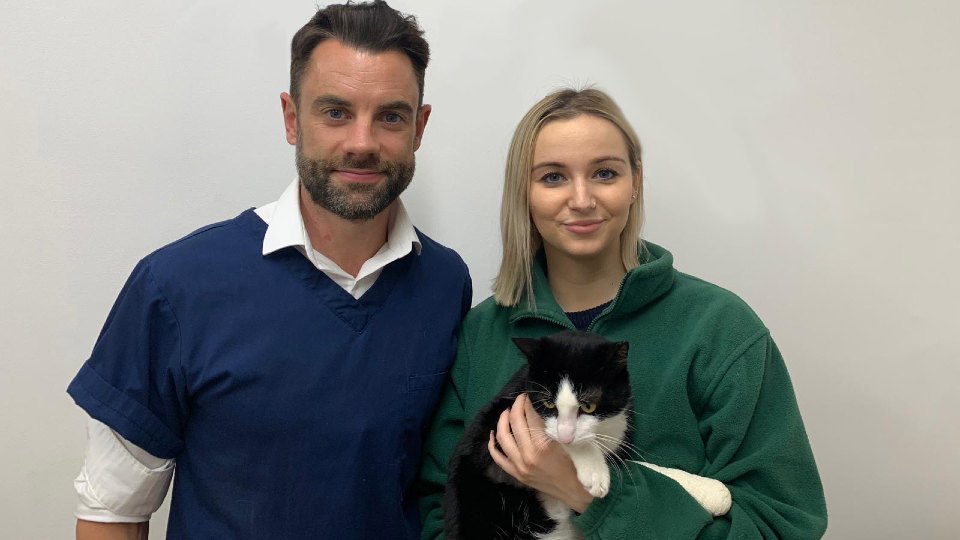 “Twinkle Toes is making an excellent recovery despite the severity of the injury,” said Jerry. “Jingle also continues to make great progress as well and both cats are looking forward to a much brighter future.”

While Jingle continues to be nursed back to full health, the team will be looking to rehome Twinkle Toes in the New Year.

Medivet 24 Hour Hendon will remain open throughout the festive season and can be contacted on 0208 2026 344. Earlier this year the practice was voted one of London’s top three veterinary practices on independent review site ThreeBestRated.co.uk.