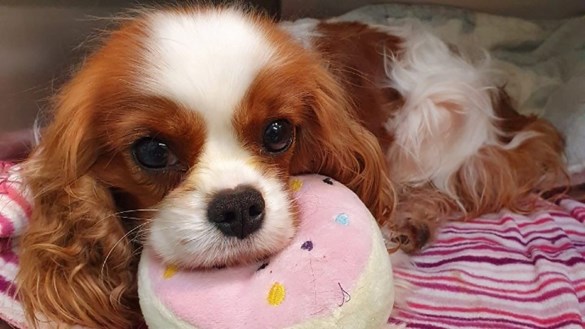 As you may have guessed, most Medivet employees are huge pet-lovers; some of us are crazy cat ladies, for others it’s all about dogs, as well as those that have less common pets and those who have a whole menagerie of animals.

One such person is our Head of Clinical Operations, Rhian. Having grown up with Cavalier King Charles Spaniels, it was always her dream to become a vet.

Rhian was recently approached by a client that she’d worked with in practice and asked whether she’d be interested in rehoming an 18-month old King Charles Spaniel called Libby. There was one slight problem, Libby had a ‘congenital diaphragmatic hernia’ – in short this means that all of the organs that should’ve been in Libby’s abdomen were actually in her chest. This extremely rare condition meant that Libby experienced breathing difficulties and would sometimes turn blue if she ate too much. 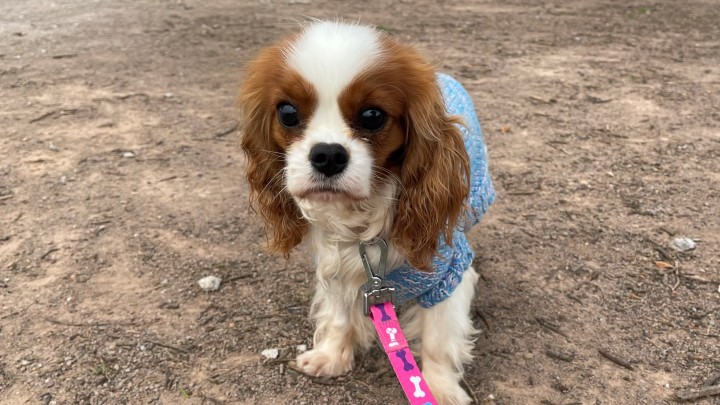 All of these huge issues aside Libby was a bright and happy little dog, at times you wouldn’t guess that she had any health problems. The one thing that everybody was acutely aware of was that not operating on Libby would have been a huge risk. At any time, her organs could have twisted or become damaged and this could have been fatal.

Although, the family already had two other King Charles Spaniels – when they went to see Libby – they fell in love with her and couldn’t say no. They also knew that she needed surgical treatment quickly if she was to go on and lead a normal and happy life.

At Medivet, we’ve got so many amazing vets and practices, but for this surgery Rhian approached Andrea Centinaro, a Branch Partner at Medivet 24 Hour Watford. Within days, Libby was booked in for an ultrasound scan and surgery. Dealing with a congenital hernia was always going to present several potential complications; it was possible that her organs could be stuck together, as well as possibly not having enough abdominal space to close and even not having enough diaphragm to repair. The family understood that the surgery wasn’t without risk; it was a difficult decision – but they desperately wanted to help Libby.

Libby’s surgery went ahead. As suspected, there were complications, but following the surgery Andrea’s update was a shock. Some of Libby’s internal organs including her spleen and small intestine and stomach were actually stuck to her lungs.

Andrea performed nothing short of a miracle, detaching and placing all of Libby’s organs back in the correct place. Following the surgery, Andrea and the team discovered some air was leaking into her chest, so he also had to enter Libby’s chest to potentially remove a lung lobe. Amazingly, the collapsed lung rectified itself before this had to happen. 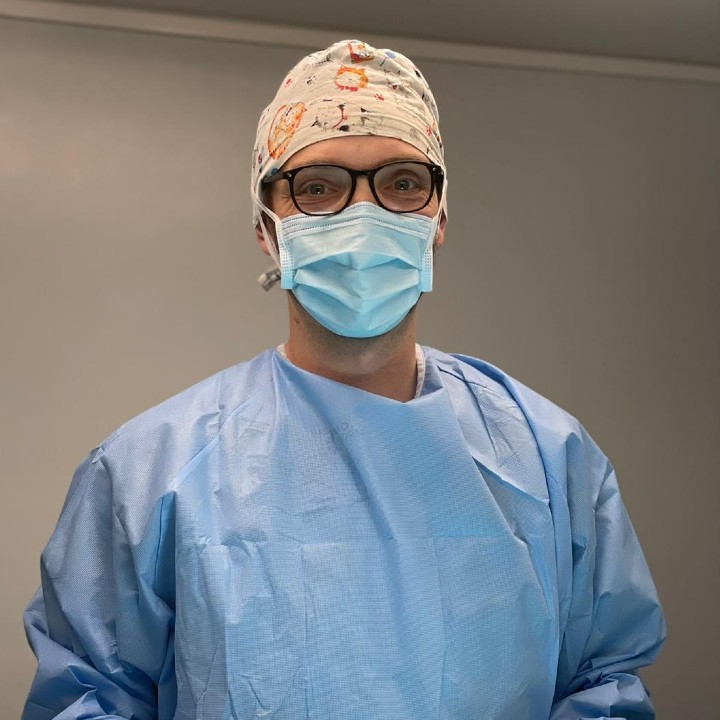 “It was intense and complex surgery and the risks were high. To add to the complexity because Libby didn’t have a fully functioning diaphragm – one of the nurses had to effectively breathe for Libby for the whole three hours. It was so amazing to see Libby recover with the support of our fantastic nursing team”.

Weighing in at just 4.4kg – this surgery was a big deal for poor little Libby, and she needed 24/7 nursing care from the lovely nurses at Medivet 24 Hour Watford. Miraculously, Libby was eating by midnight on the night of her surgery.

Libby left Watford after two days and has been improving daily. It’s lovely to see her getting better and better. Long-term there are expected to be no lasting-effects of her surgery. She’s now bounding about and giving her 14 year-old siblings Flossie and Flynn a run for their money.

We have no doubt that Andrea’s expertise saved Libby’s life. This is not an isolated case, up and down the country our vets are performing life-saving surgery in unprecedented circumstances all day, every day. This is supported by our amazing nurses and practice teams, who give each and every pet the love and attention that they need pre and post-surgery. 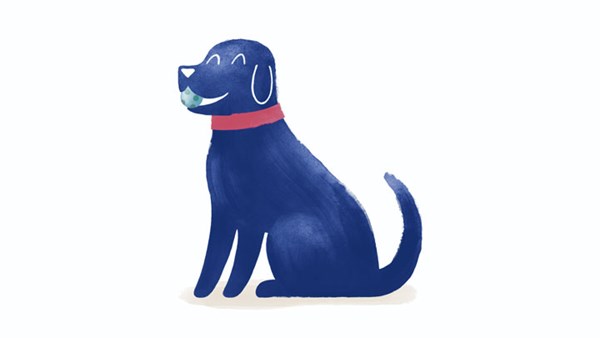 Regular care that's always there. Our healthcare plan is a convenient way to give your dog the everyday care they need each year to stay happy and healthy.