A group of vets from Medivet 24 Hour Hendon is back at work after a mercy mission to Cyprus to neuter hundreds of stray cats. 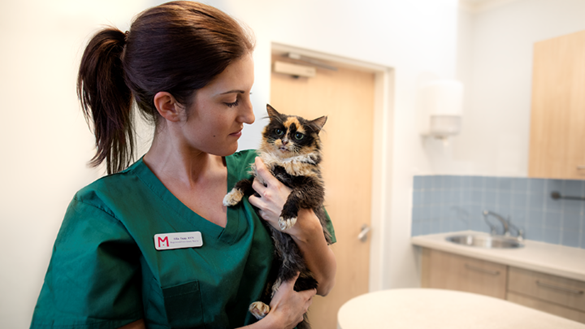 The team, led by vet and partner at Medivet 24 Hour Hendon, Dr Jerry Dunne, flew out to support local rescue Friends of Larnaca Cats. While there, they neutered more than 200 stray or feral cats and provided veterinary treatment to other animals in need. They found the project so rewarding that they are already planning to return in April.

Cats are regarded by many as vermin in Cyprus and, because so few are neutered, their numbers increase rapidly. The majority live in poor conditions, scavenging for food and constantly at risk from injury, disease and starvation. Friends of Larnaca Cats supports abandoned cats, feral and street cats and kittens in the city. Its teams give them basic medical treatment, vaccinate them and treat them for parasites. It also works with volunteer veterinary teams to neuter the cats and return to them to their community in an effort to stabilise and, ultimately, reduce the cat population.

Dr Jerry Dunne explained: “The life of a stray or feral cat in Cyprus is a tough one and reducing their overall numbers is the best way to ensure that they can find sufficient food and become less of a nuisance to the local people. It was an intense week for all of us and a fantastic opportunity for my team to hone their neutering skills.

“Within a couple of days, we’d settled into a good routine and this meant that we worked very efficiently.  It was difficult seeing the conditions in which the cats live and hearing about the mistreatment many of them have suffered but, knowing that each cat we neutered would help the overall cat population, spurred us on. We really felt we were making a difference and we were also proud to support the great team at Friends of Larnaca Cats, which works so hard to care for the cats.”

“Having heard about our experience, many of my other colleagues are keen to help so we are already planning a return trip in April.”