The team at Sutton Farm in Shrewsbury are so impressed with Oscar's recovery after he was involved in a road traffic accident. 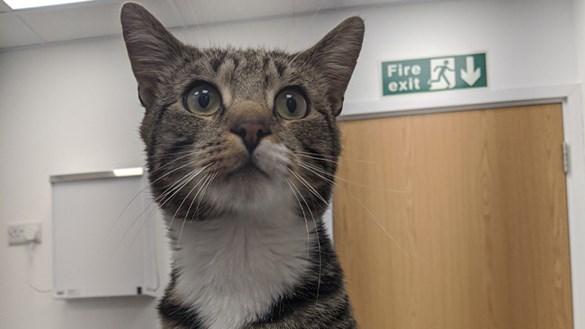 When Oscar, a two-year-old cat, was found by his owner in their garden early one morning, he was unable to walk or use one of his back legs. He was taken to Medivet Sutton Farm where Branch Partner Emma Evans treated him and assessed his wounds. It was suspected that Oscar had broken his leg, but there was also concern over whether he had other trauma.

Oscar was started on some pain relief and fluid therapy to help him with the shock and once he was stable, the team at Sutton Farm did some x-rays. 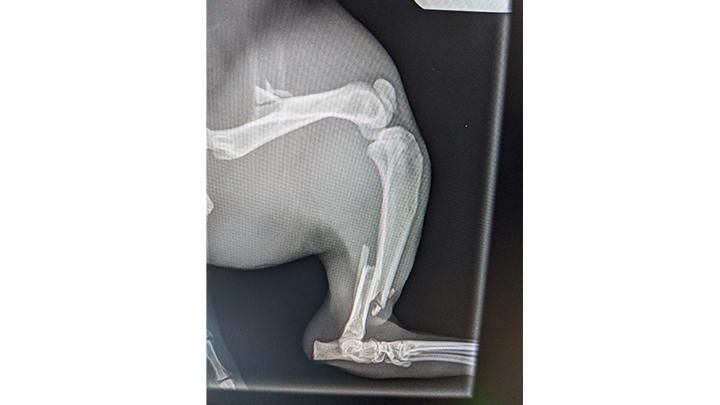 Luckily, the only injury Oscar had was a broken leg, but it was broken in three places. It was decided that for his recovery, amputation was unfortunately his best option.

Emma performed the surgery the very same day and amazingly, he was up and mobile within just a few hours. Oscar was kept in overnight to make sure his pain levels were controlled and he was discharged the following day.

A few weeks later, his stitches were removed and he hasn’t looked back since. 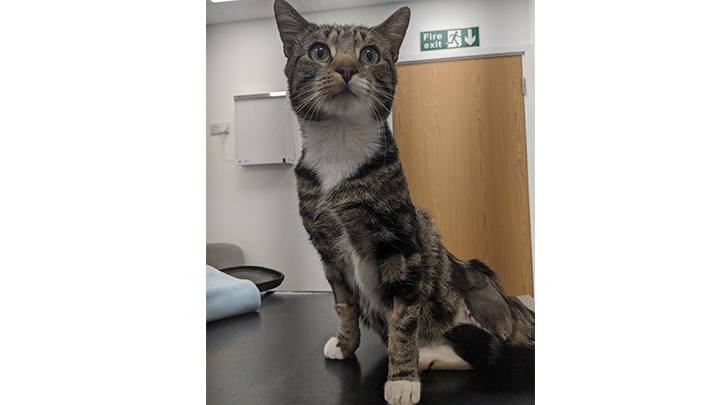 We’re so pleased with Oscar’s recovery and to see his wound is healing well. He’s been managing so well and has been a very brave boy!