There are many benefits to neutering your cat and it’s a very safe procedure that could save their life. 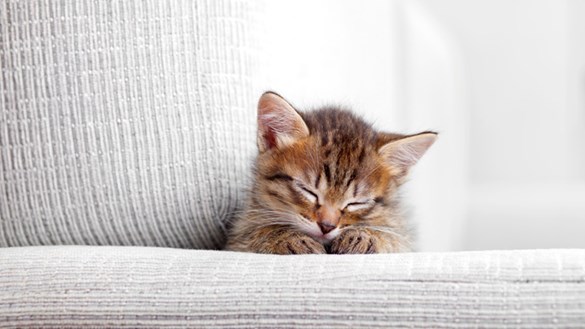 Neutering is a surgical term used to describe the procedure that prevents pets from reproducing. In female cats this is called ‘spaying’ and for male cats, it’s called ‘castration’.

We strongly advise that kittens are neutered, there are benefits for both you and your cat, and it also helps to tackle the UK cat crisis. Cat’s Protection estimated in 2018 that there were up to nine million stray cats in the UK.

What are the benefits of neutering my cat?

There are many benefits to neutering your kitten:

For females, neutering removes the risk of an unwanted pregnancy. It also reduces the risk of other health conditions that could be life-threatening, such as pyometra (an infection of the womb) and also certain types of cancer.

A spayed female cat will not come into season, meaning she won’t ‘call’ for the attention of male cats and you won’t need to protect her from their unwanted attention.

For males, neutering reduces their urge to fight other males over territory, and this in turn protects them from diseases spread by bites, such as FeLV and FIV. FIV is similar to HIV in humans and is usually sustained in fights. FIV is treatable, but not curable.

Unneutered males also have a tendency to roam in pursuit of females for mating. This can lead to them becoming lost and many are then involved in accidents on busy roads that they have tried to cross.

What does the neutering operation entail?

For both male and female kittens, neutering is a very safe surgical procedure. It will take place under general anaesthetic and your kitten will be admitted for the day.

When you collect your pet, you will be offered painkillers and the all-important buster collar. The collar will ensure that your pet isn’t tempted to nibble or scratch at the site of the wound, which will have been shaved and stitched. You’ll need to ensure that they wear this collar for a few days at least.

Once home, they may initially be a bit drowsy and wobbly , the buster collar will also play a part in this. Let them have some food and rest if they need to. However, many kittens are such bundles of energy – they're back at full speed within a few hours.

You will need to keep your kitten indoors for a few days. Keep an eye on the wound and make sure they’re eating and going to the toilet as normal. You must take them back to the vet after a few days for a post-op check-up. The wound itself should take no more than 10-14 days to heal.

When should I get my kitten neutered?

We recommend that most kittens are neutered at around four months of age, but this can vary depending on breeds and weight. Your vet will be able to advise on the ideal age for neutering your kitten.

However, if you have adopted an older cat, it’s perfectly safe to neuter an adult cat too. 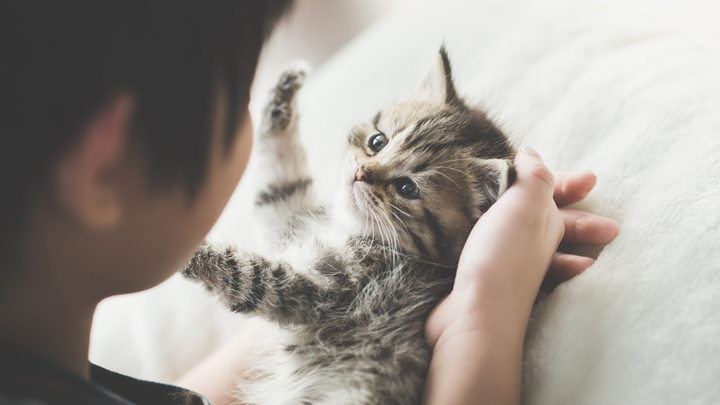 What else do I need to know?

Will neutering change the personality of my kitten?

Neutering will not mean your kitten becomes an overweight cat. A neutered kitten does need slightly less calories, so you will just need to slightly decrease their calorie intake and keep a watchful eye on their weight. Your vet will always check your pet’s weight when you have a health check or vaccination.

Should I let my kitten have at least one litter before neutering?

There is no evidence to support that this has any health benefits for your kitten.

Isn’t four months too young to have a kitten neutered?

Female cats can become pregnant from the age of four months old. This is a huge strain on their young body, which can result in complications in the pregnancy and be risky for both the mother and the kittens during the birth.

As long as your kitten is a healthy weight, there is no reason why they cannot be neutered at 16 weeks.

Talk to your vet today about neutering your kitten. 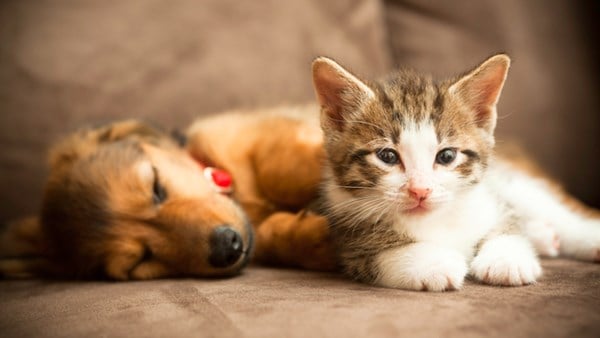 Get your new pet off to the right start. We’re proud to offer complimentary health checks for your new puppy or kitten under the age of one.

Your essential puppy and kitten guide

Getting a new puppy or kitten is an exciting time, but it can be stressful too. With so much to learn about how to give your pet the best start in life, becoming a new owner can sometimes feel daunting. Read our essential guides for caring for your puppy or kitten and download your free Puppy and Kitten Guide, packed with information about their first year.