Although still considered rare, cases of Alabama rot (or CRGV) in dogs have risen in recent years after it was first identified in the US in the 1980s. Keep reading for our advice on what it is, how to spot it and what to do if your dog is affected.

What is Alabama rot?

Alabama rot is a disease that affects dogs by blocking and damaging the blood vessels in their skin and kidneys. Those affected will usually develop painful ulcers or sores on their legs and can eventually develop kidney failure, which is usually fatal.

The disease first appeared among greyhounds in the US state of Alabama in the 1980s, but the number of cases subsequently fell, and no clinical research was carried out.

What are the causes of Alabama Rot?

This lack of understanding means no one has been able to determine the cause and it’s only recognisable by its symptoms.

Although the exact cause is unknown, there is a potential link to walking your dog in muddy, woodland areas in Spring and Winter months. This has been a commonality in dogs that have been treated for Alabama rot.

The disease has reportedly affected around 281 dogs in the UK between November 2012 and February 2022, with initial cases found in the New Forest area. While it’s still very rare, affected dogs have been found in other areas of the UK and numbers are slowly increasing.

The first signs of Alabama Rot disease are:

If you find tell-tale sores on your dog, or they’re exhibiting the signs of kidney failure, as soon as possible. The earlier the disease is caught and treated, the higher the chance of recovery.

Locations of confirmed cases of Alabama Rot in the UK

The disease first appeared in the UK around the New Forest area, but cases have spread across the country. Over recent years there have been cases reported across the UK, although not so many in Scotland and Northern Ireland.

In 2022, there are once again cases across the UK although the South of England has a higher proliferation of cases. There appear to be fewer cases in the coastal side of Wales. 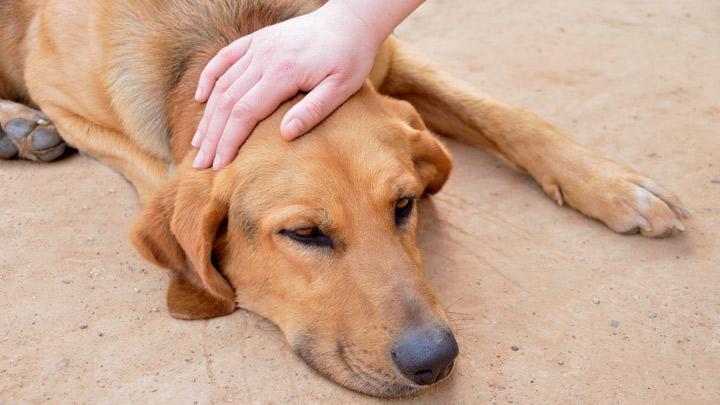 While there’s no way to actively prevent Alabama rot, there is some evidence to suggest it’s seasonal, with most cases occurring between November and June. It’s also suspected that the disease spreads from muddy and wooded areas, so always rinse off your dog after a walk in these areas as soon as possible.

It’s important to remember that cases of the disease are still very low, so there’s little reason to be worried. Early detection is the best way to give your dog the best chance of survival, so check your dog’s body regularly for sores, lumps and lesions.

Unfortunately, most dogs that develop Alabama rot don’t survive, but some can fight off the disease and live with minimal damage if it’s caught early.

Your vet will assess your dog’s symptoms and decide whether the affected skin needs covering and what treatment to give.

In August 2018, the Royal Veterinary College announced a breakthrough treatment called plasmapheresis, which filters the blood of toxins before returning it back into the body. Out of six affected dogs that received this pioneering treatment, two made a full recovery, marking the first time that severely affected dogs survived the disease.

Signs of kidney failure in dogs may include, loss of appetite, change in urination habits, and drinking lots.

There have been cases of Alabama rot in Scotland.

Alabama rot can cause painful lesions on the lower legs and paws of affected dogs. This can lead to excessive licking and hair loss.

Alabama Rot is not always fatal however there is a poor prognosis for dogs who develop kidney failure after Alabama rot lesions. If your dog has a suspected Alabama rot lesion, seek veterinary advice immediately.

Any type or breed of dog can be affected by Alabama rot.

Cases of Alabama rot have been reported across the UK but there are no particular areas to avoid currently (February 2021).

Although the disease is very serious it is very rare in comparison to the number of dogs walked in the UK.

Blue-green algae can be highly toxic to pets, causing fatal liver damage and long-term health conditions. Read about how to protect your pet this summer. 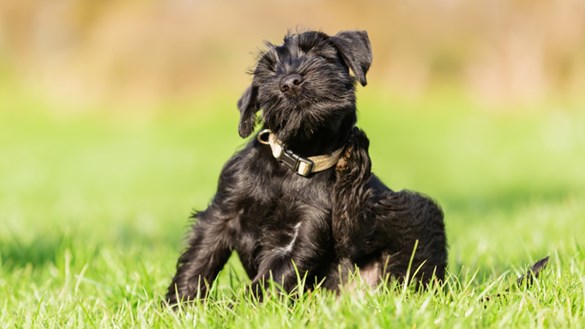 Regular flea prevention is an essential part of any dog’s care routine. Find out how to protect your dog and keep your home flea-free.

For more information about Alabama rot, and to find out if it’s appeared in your area, speak to your local Medivet practice.