A Scunthorpe vet is urging pet owners to be on their guard over Christmas after a local dog had a near miss when it accidentally swallowed an LED disc battery. 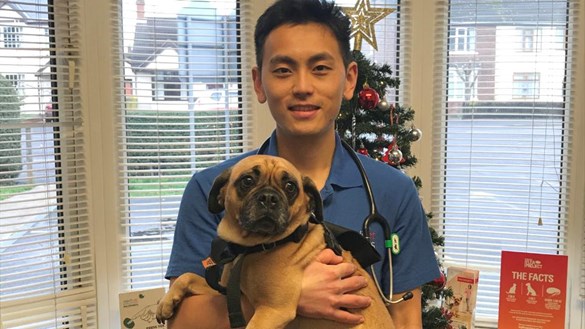 The dog’s owner, Sarah Thompson, had just finished her night shift when she noticed Luna – a terrier cross - was unusually subdued. Having found a small disc battery missing from an LED walking cap nearby, she feared the worst and rushed the dog into Medivet 24 Hour Ashby, an emergency veterinary hospital on Ashby Road.

Attending Veterinary Surgeon Daniel Low said: “Patients who swallow something like this are usually made to vomit. But in this case, we were particularly concerned about the caustic damage to Luna's oesophagus. Batteries left in the gut can potentially cause a perforation with fatal consequences, so we knew we had to act quickly.”

I literally owe them my world. The whole team were just amazing.

X-rays of Luna's abdomen confirmed the exact location of the battery, which allowed the team to perform the challenging emergency surgery, removing it before lasting damage was caused. Luna is now recovering well.

As the festive season approaches, Medivet 24 Hour Ashby Lead Veterinary Surgeon Liviu Luca has urged pet owners to be vigilant about the hidden dangers of small objects, such as batteries and other parts found in children’s toys.

“While it’s not practical for owners to provide 24-hour supervision, at this time of the year we would urge a little extra vigilance. If owners want to guarantee a really happy Christmas together with their pets, our suggestion would be to keep small gadgets and toys out of their reach” he said.

Sarah added: “I literally owe them my world. The whole team were just amazing – but the surgical team deserve extra special praise as they acted so quickly to remove the battery. In Luna’s case it was touch and go as the battery was minutes away from entering the bowel. It could have been a very different outcome if they hadn’t acted so swiftly.”

“The love and support Luna received under the Medivet Ashby team’s care has been incredible,” she added – “never mind the compassion that the staff showed me. I can’t thank them enough.” 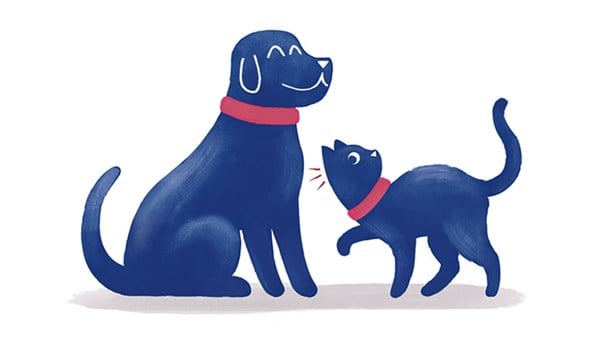