A Clapham-based family were saved thanks to the heroics of their pet dog Buddy. 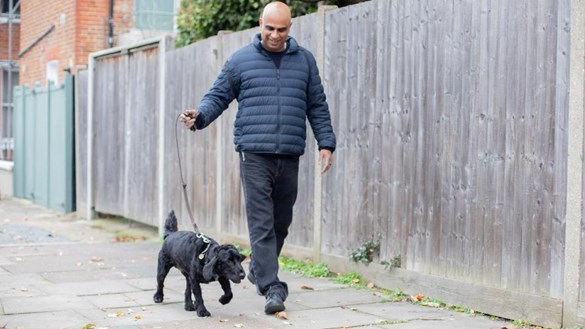 The three-year-old Cocker Spaniel, a client at the Medivet Battersea practice, simply refused to leave his sleeping owners as a house fire took hold in the small hours of a weekend morning.

Owner Martin Soorjoo was fast asleep in the master bedroom when Buddy started barking – sensing that something was not quite right. Unable to revive his owner, who was now drowsy from smoke inhalation, Buddy stubbornly started pounding the bed and barking loudly next to Martin’s wife Margo, instead, who then managed to rouse Martin before heading downstairs.

But for him, we simply wouldn’t be here.

Martin, however, decided to return to his bedroom to try to deal with the electrical fire, which had originated from a mobile air-conditioning unit. By the time he reached the bedroom the unit was ablaze. Fearing the worst, Martin grabbed hold of Buddy and immediately fled the house with his wife.

No sooner were the family outside that the house exploded into a ball of flames, which took the London fire service three hours to get under control. Their worldly possessions were lost but critically everybody in the house escaped with their lives – thanks to Buddy.

Martin is understandably full of praise for Buddy: “We had always valued Buddy, but on the back of his heroics, we are now much more conscious of that value. But for him, we simply wouldn’t be here.”

Buddy’s heroics did come at a personal cost, however – both psychologically and physically: “There is no doubt that he suffered to save us,” Martin continued – “After being checked out at Medivet Battersea, he was found to have three enzyme markers in his bloodstream that confirmed smoke inhalation. We could tell that he was also psychologically traumatised and was very easily startled.”

The whole team are completely smitten with Buddy and salute his incredible bravery.

Lead Veterinary Surgeon and Branch Partner at Medivet Battersea, Mihael Pungartnik, said: “As with humans, smoke inhalation can result in severe lung injury in dogs too. After his latest check up, we are happy to report that Buddy has suffered no long term physical effects.”

Buddy has also made quite an impression at the Medivet Clapham practice, where Martin takes him for nutrition and toys. Client Care Assistant Anne-Marie Upton said: “The whole team are completely smitten with Buddy and salute his incredible bravery. Man’s best friend has never been more apt in the case of Buddy and Martin.” 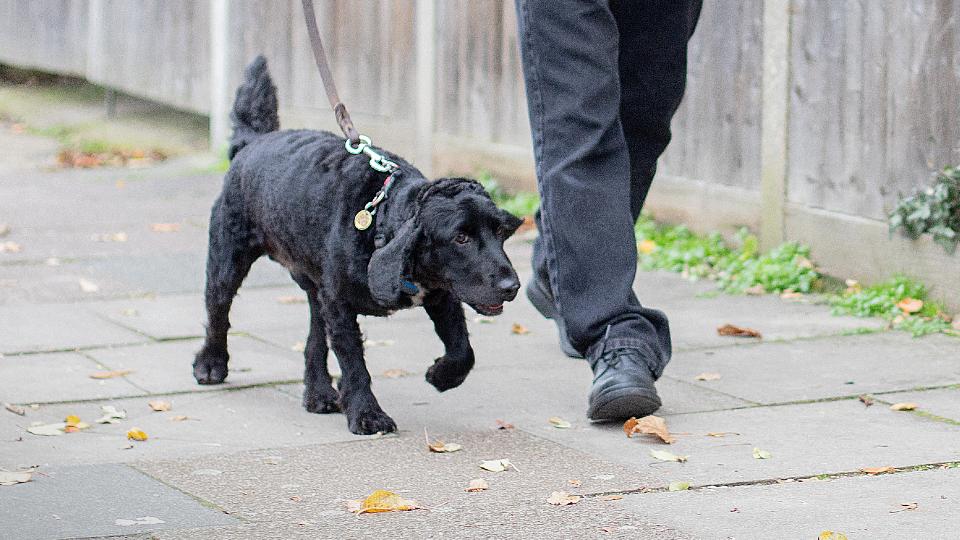 As part of the recovery process, Martin is full of praise for everyone at the practices as well as local dog trainer William Dwen: “Slowly Buddy is getting back to his old self thanks to all the support we’ve received. A special thanks are also due to William Dwen – a local dog trainer - who takes him out daily and looks after him on Clapham Common. As a result, he is back to where he was – super-loving and just a little bit stubborn.”

“Without that streak of stubbornness, though, I hate to think what would have become of us,” Martin concluded.