A Chafford Hundred vet is urging owners to microchip their pets after an Essex family was reunited with their cat, Lily, after six months of anguish. New laws being considered by the Government will potentially see cats seized if owners fail to have them microchipped.

Lily’s owner Diane Barkins from Corringham was aware that her two-year-old Tabby was an adventurous cat. She regularly wandered away from the family garden for hours at a time, while her timid twin sister Layla preferred to stay in sight of the family home.

Diane commented: “Lily is known for being a bit of a wanderer, and having owned both cats and dogs before, we did make sure both of our cats were microchipped and our contact details up-to-date. Thankfully, both sisters were microchipped by the Cat Rescue Centre at just four months old.”

What happened to Lily proves that these microchips are the best thing ever.

On returning from a short holiday last summer, Diane could find no sign of Lily and began to get concerned for her welfare. After four weeks of anguish and still no news, the whole family gave up hope of finding her alive and began the sad process of moving on.

Then, five months later and completely out of the blue, Diane took a call from a vet almost 30 miles away and was told the remarkable news. Lily was alive and well, awaiting collection at Medivet Chafford Hundred. Thanks to a straight-forward microchip scan, Diane had quickly been identified as Lily’s owner.

Medivet Chafford Hundred Lead Vet Karine Field said: "Lily’s amazing story illustrates perfectly why we recommend having your pets microchipped. It’s a simple, quick and inexpensive procedure, in which a tiny device - no bigger than a grain of rice - is placed under the skin of your pet's neck. Each chip carries a unique identification number, with the owner’s contact details held on a secure database.”

Diane added: “Lily has settled back in really well under the watchful eye of her sister Layla – they were back to normal chasing each other around the house in no time at all. 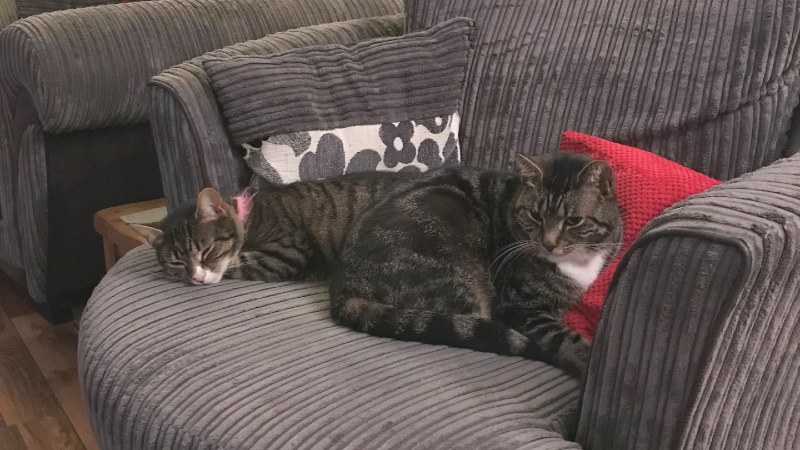 “If there is one pledge we would urge all pet owners to make, it is to check that their pets are microchipped and the contact details are up to date. What happened to Lily proves that these microchips are the best thing ever.”