The UK’s beloved pet cats come in all shapes and sizes. Find out what our top five most common cats breeds are. 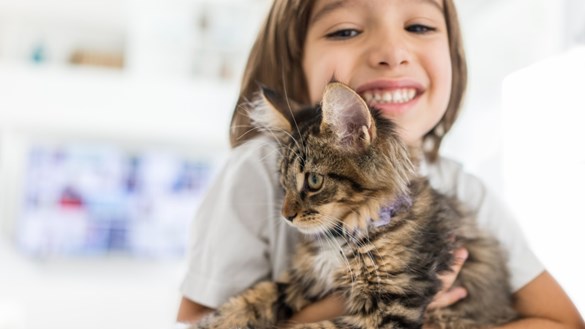 By far the most popular cat breed in the UK is the Domestic Short Hair. Although not a recognised breed, and often referred to as ‘moggies’, they can come in an array of colours, shapes and sizes due to their mixed parentage.

They tend to be highly social and playful and, due to their mixed genes, they’re much less vulnerable to genetic issues.

Domestic Long Hair cats can have fur up to six inches long and sometimes have a mane, toe tufts and ear tufts.

Much like the Domestic Short Hair, the Domestic Long Hair is not a registered breed, so there is no set standard in terms of size, colour or shape. Generally speaking, males tend to be larger than females, but both have a thick coat that needs regular grooming to prevent matting.

Not to be confused with the Domestic Short Hair, the British Short Hair is a recognised breed with a thick, dense coat and muscular, rounded appearance.

Loyal and easy-going, British Short Hairs form great bonds with their owners but will also happily play on their own. Originally coming from the farms and streets of Britain, the breed was decimated during both World Wars. However, it’s since back up the ranks as one of the most popular cats in the UK.

Ragdoll cats are highly sociable and thrive on human companionship. This relatively new breed first appeared in California during the 1960s, with the cat credited as the original Ragdoll being a white cat called Josephine. For that reason, Ragdolls are also known as the daughters of Josephine.

Ragdolls have a reputation for being ‘dog-like’, preferring to follow their owners around the house, cuddling up to them at every opportunity and occasionally even playing fetch with their favourite toys.

The Bengal cat is a wild/domestic cat hybrid with documentation of the breed reaching as far back as the 1800s. This adventurous cat loves to explore and, unlike most other breeds, enjoys playing in and around water.

Bengals are extremely athletic and need plenty of room to exercise and play. They’re highly intelligent and love constant attention from their owners.

Some even possess the so-called ‘glitter gene’ which gives their coat golden or silver flecks that shimmer in the sunlight.

Book your cat's next appointment at your local Medivet practice. 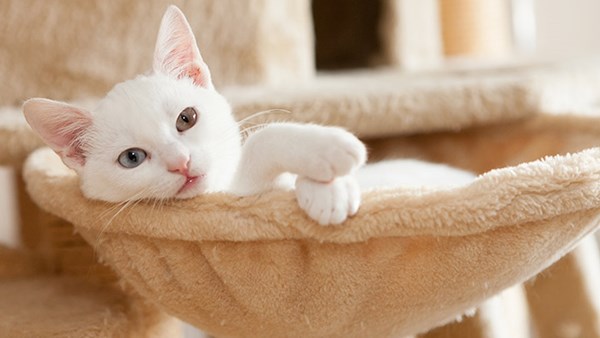 Whether you are planning a summer trip away or staying at home, our summer advice provides cat care advice for all cat owners, including key tips for new cat owners on how to keep your cat happy and healthy over summer.